TUMBLE IN THE JUNGLE

In «Tumble in the Jungle», Bertrán de Lis seeks to create a performance tailored for hearing-impaired children, who she believes have been overlooked in the dance arts. Bertran de Lis works in a theatrical expression that is highly visual, where she uses theatrical means. The hearing-impaired are concerned with: movement, the visual, and the tactile. At the same time, the performance will also be for other children without this impairment. Bertran de Lis believes that a performance for all children in this age group can have a unifying effect.

The performance will focus on fellowship, humour and recognition. These are topics that children can recognize, and which can bring them joy and inrichment in the moment.

On stage, we meet two dancers and one deaf musician. We follow their journey of dicovery through absurd humorous and poetic tableaux.

Supported by the Arts Council Norway, the Audio and Visual Fund, Extrastiftelsen, and Notam.

“..the children in the audience are spellbound.”

“There is an elegance in the acting and the synchronicity is flawless.”

“A surplus of sensory input and playful communication”
Scenekunst.no, 2018

“The dance and music are captivating, and several of the children in the audience are dancing in their seats while intently following the action on the stage.”
Periskop, 2018

“Tumble in the jungle” is adapted for the hearing impaired, partly through a special focus on the visual and tactile, and on vibrations from the music. In some places, the songs in the play are also performed via sign language. As someone without a hearing impairment and not encountering sign language in everyday life, I am struck by the aesthetic aspect.

Bertrán de Lis has stated that she has wanted to create a performance that will apply just as well for children with as without hearing impairment. It deserves to be honoured: Using dance as a meeting place and universal language.” 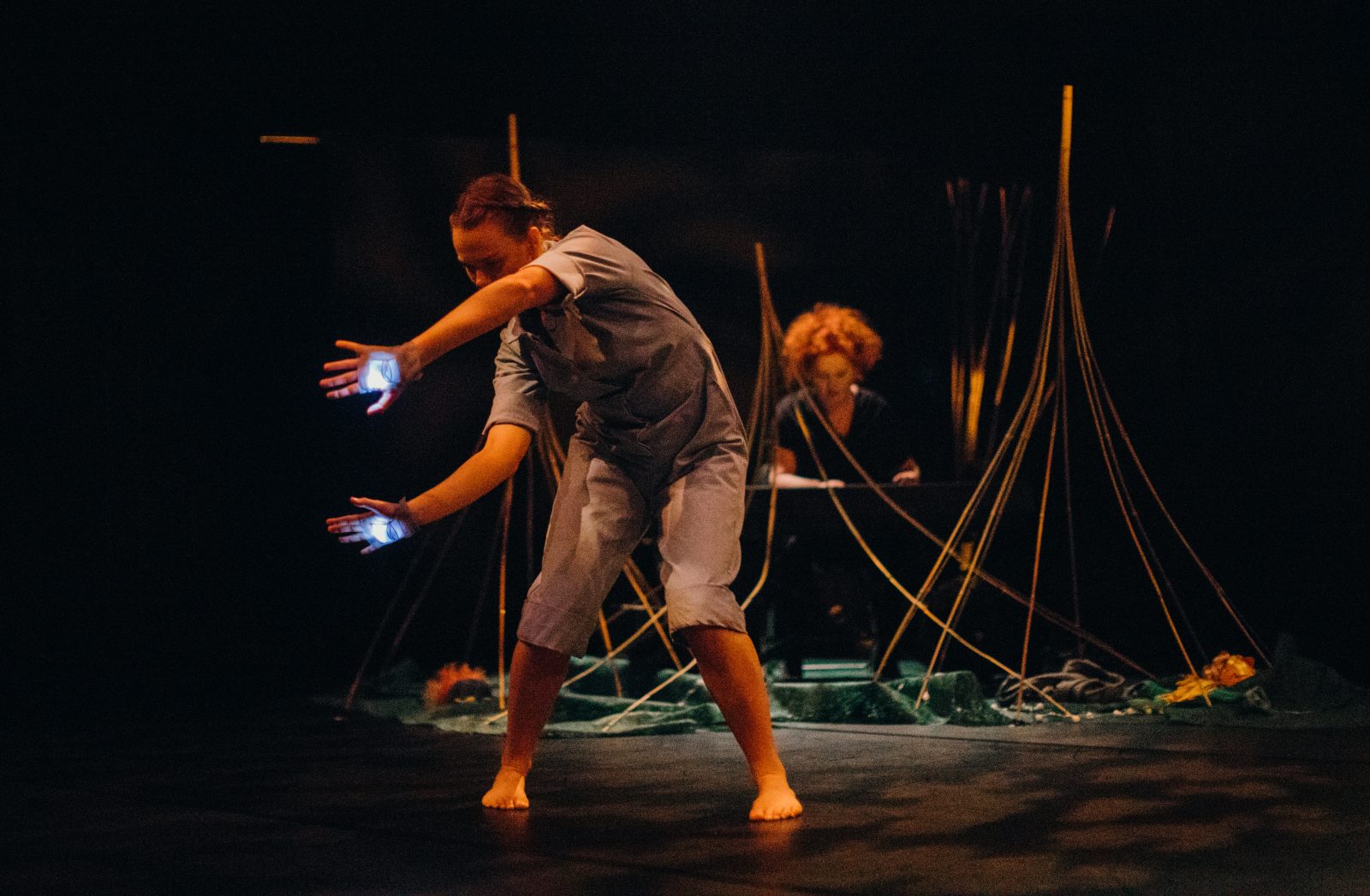 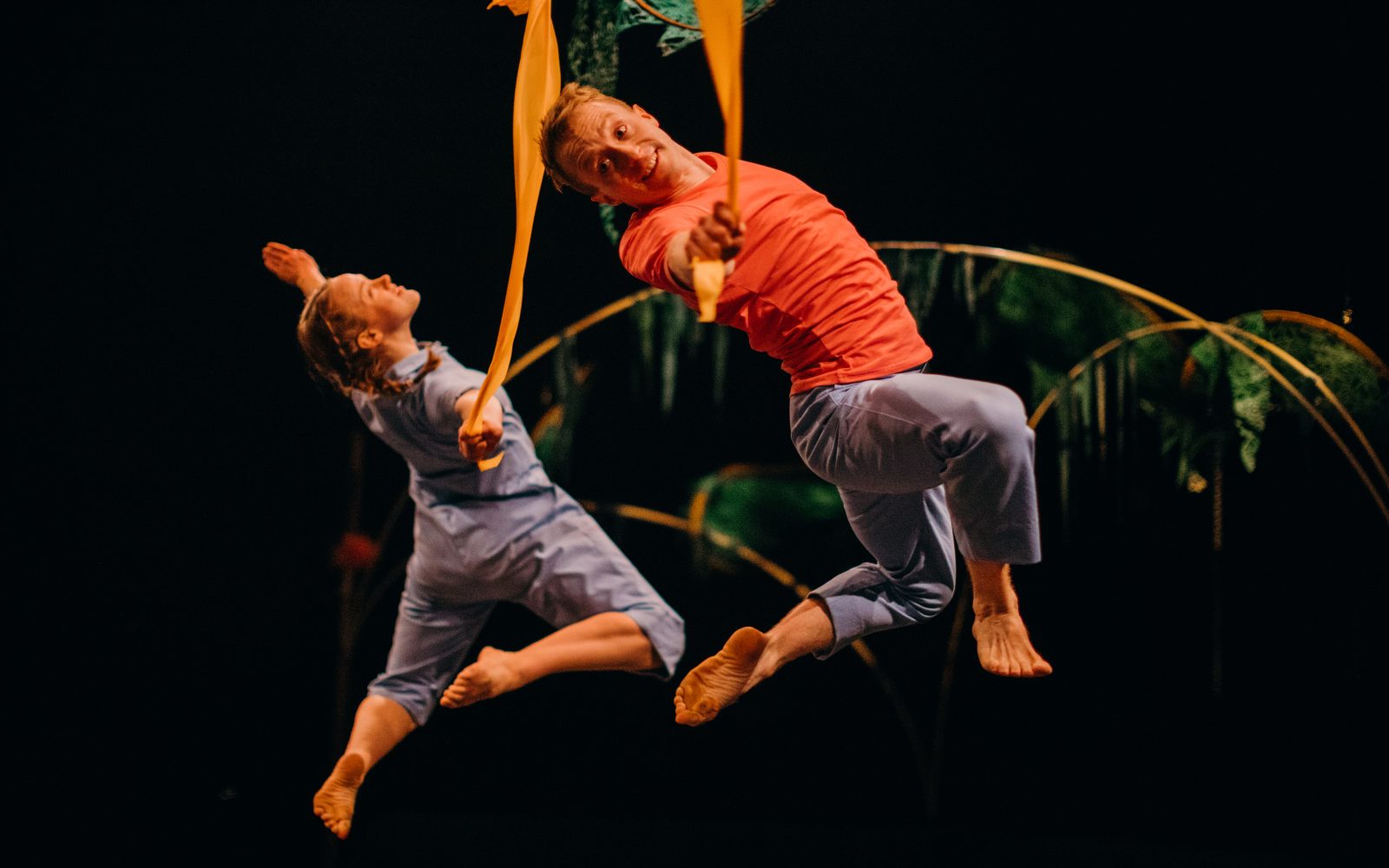 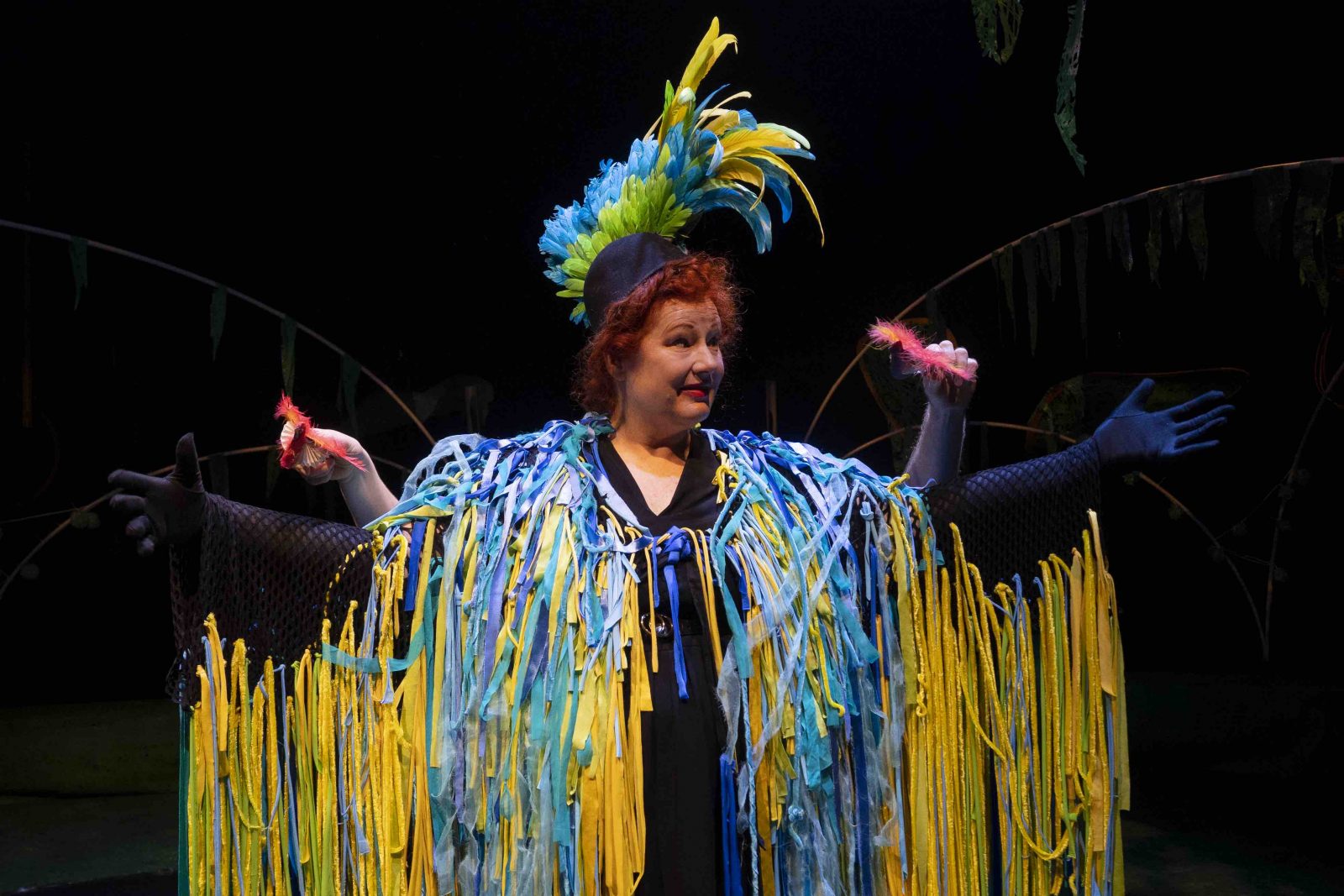 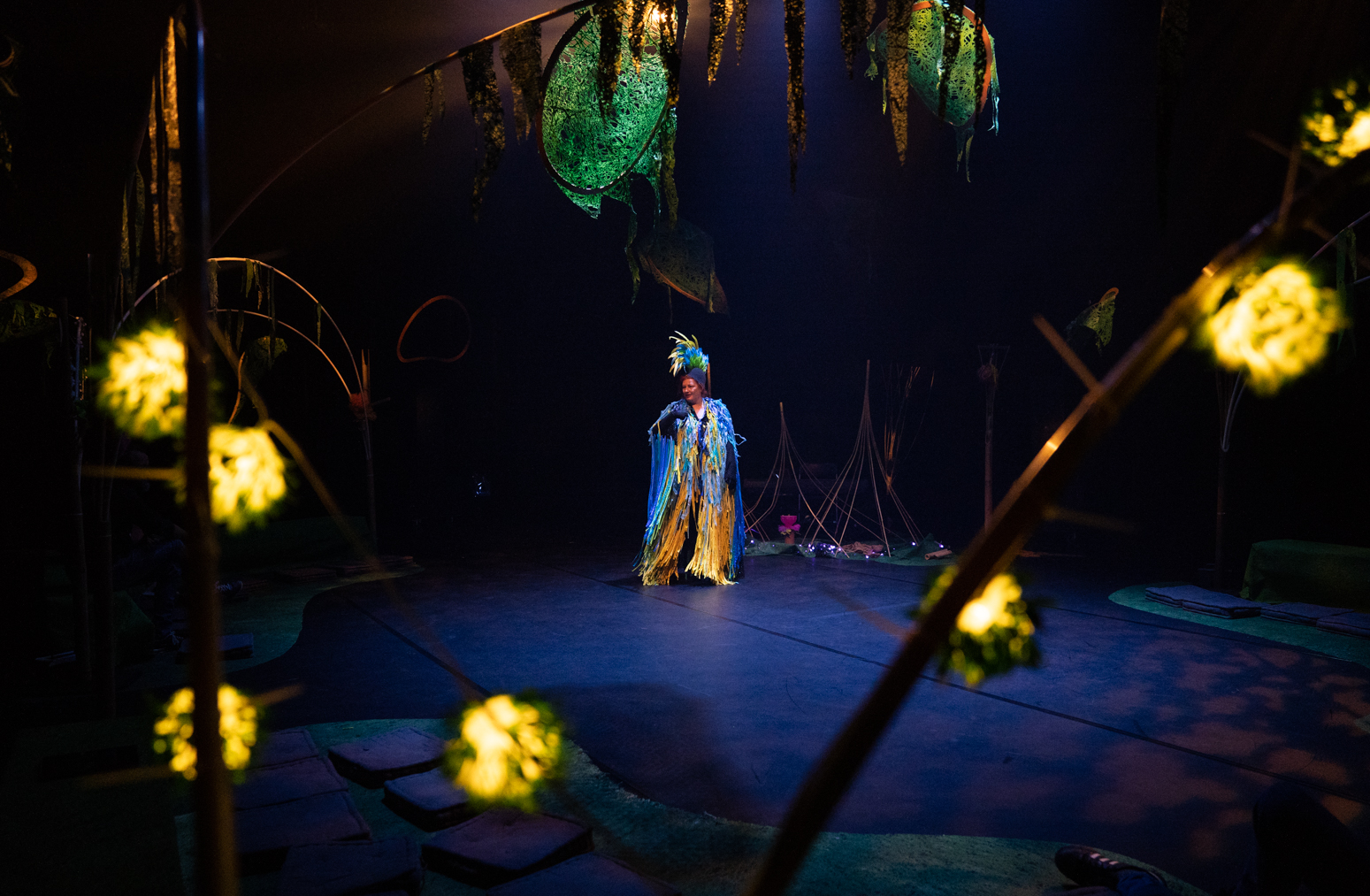 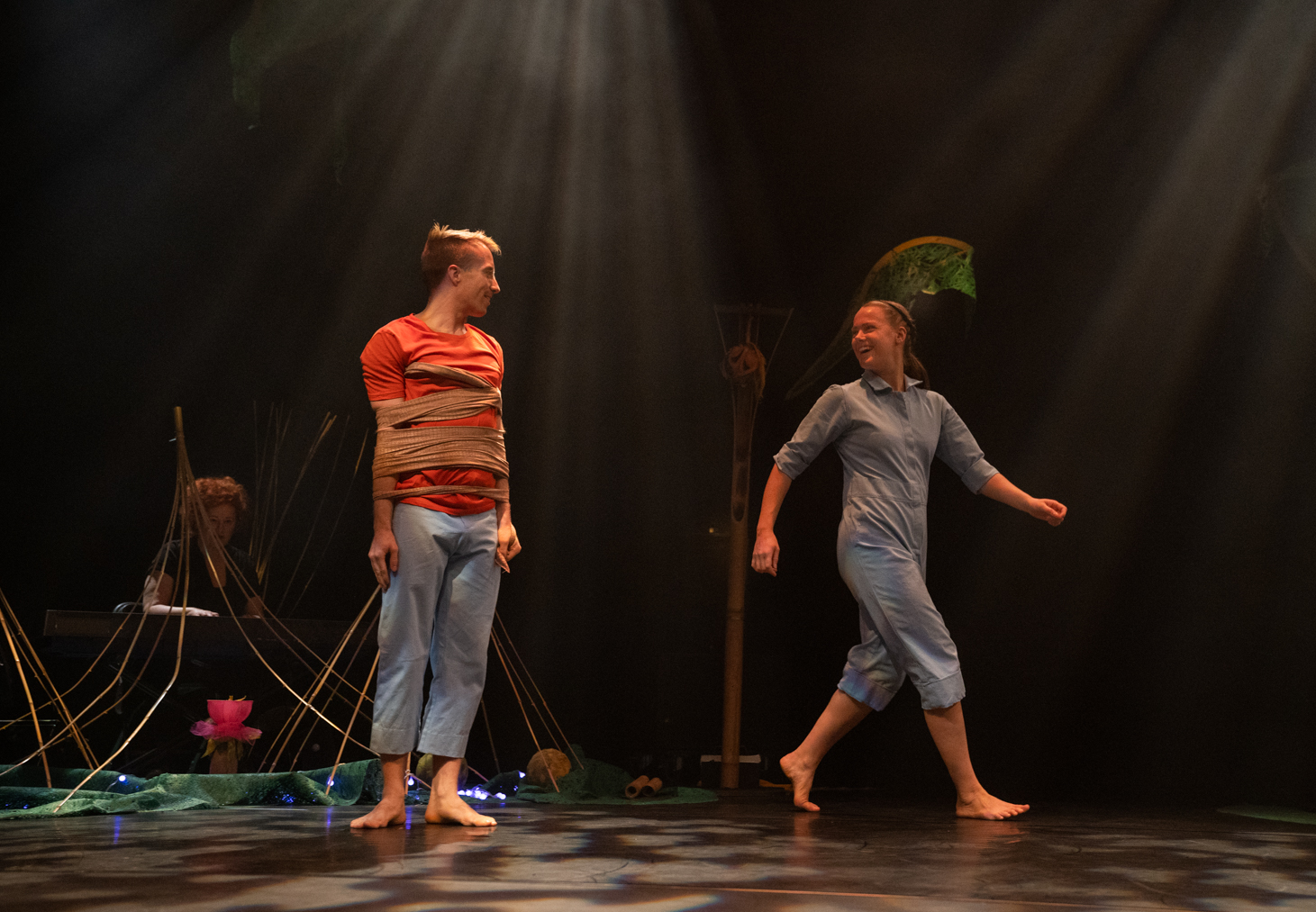 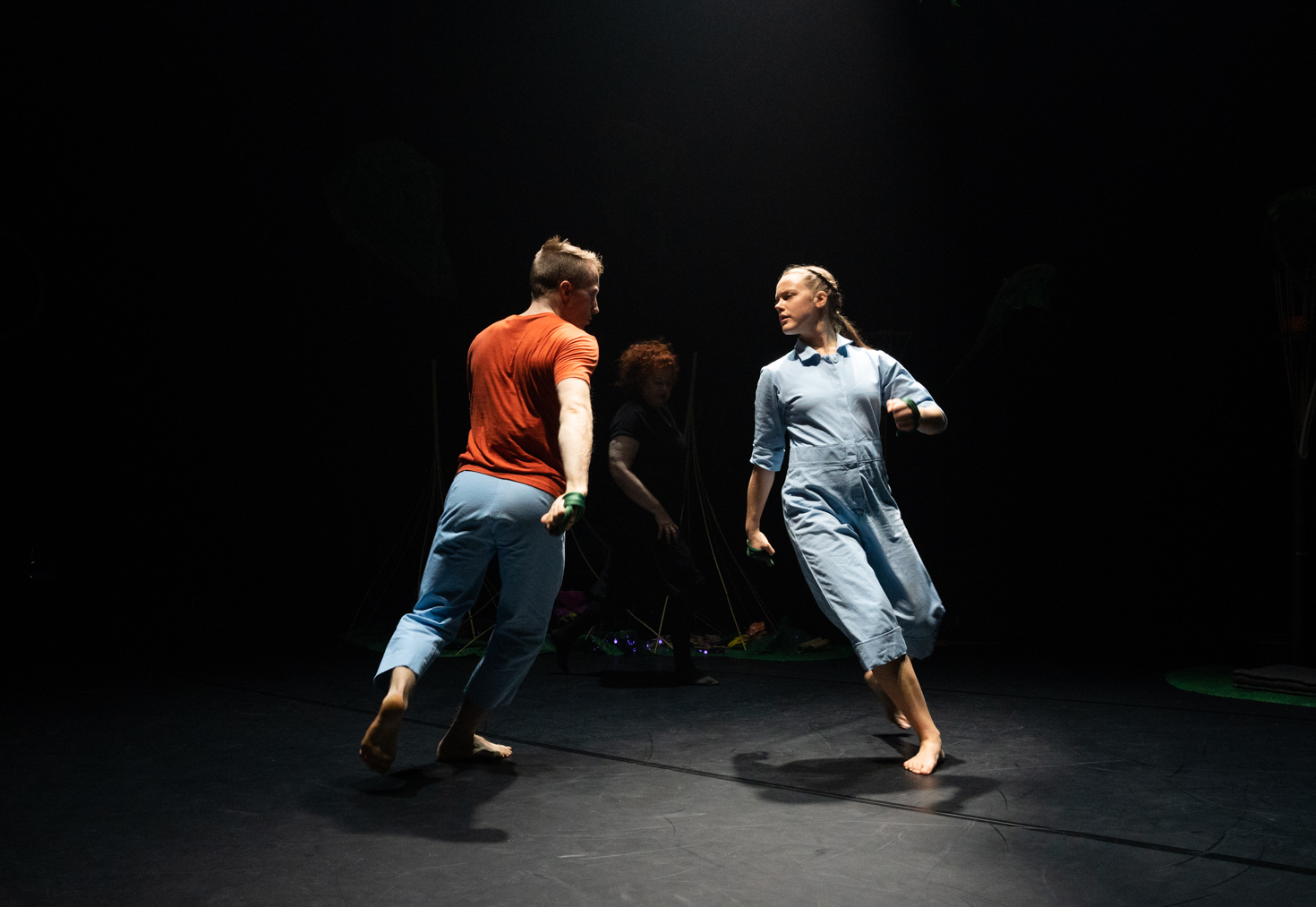 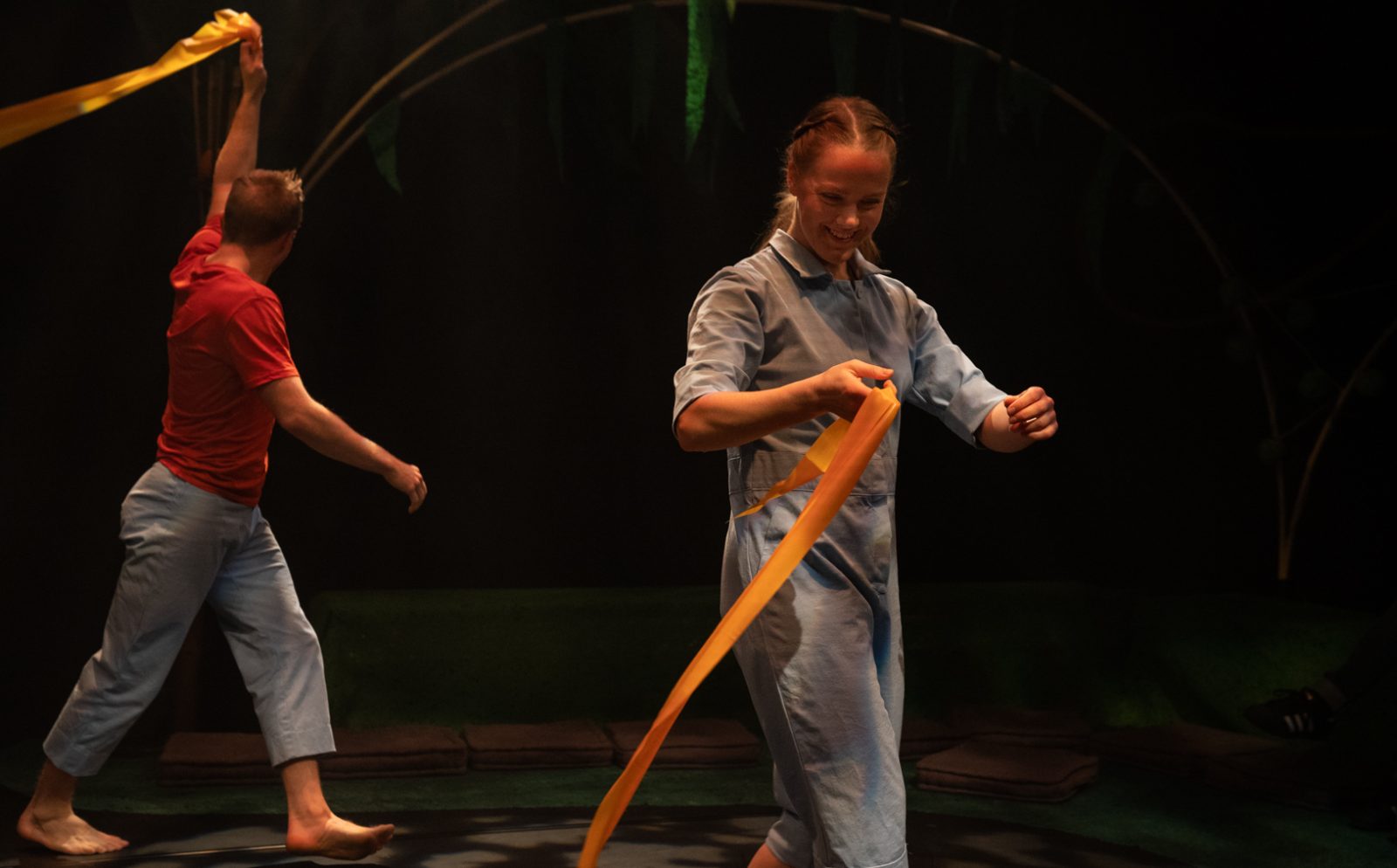 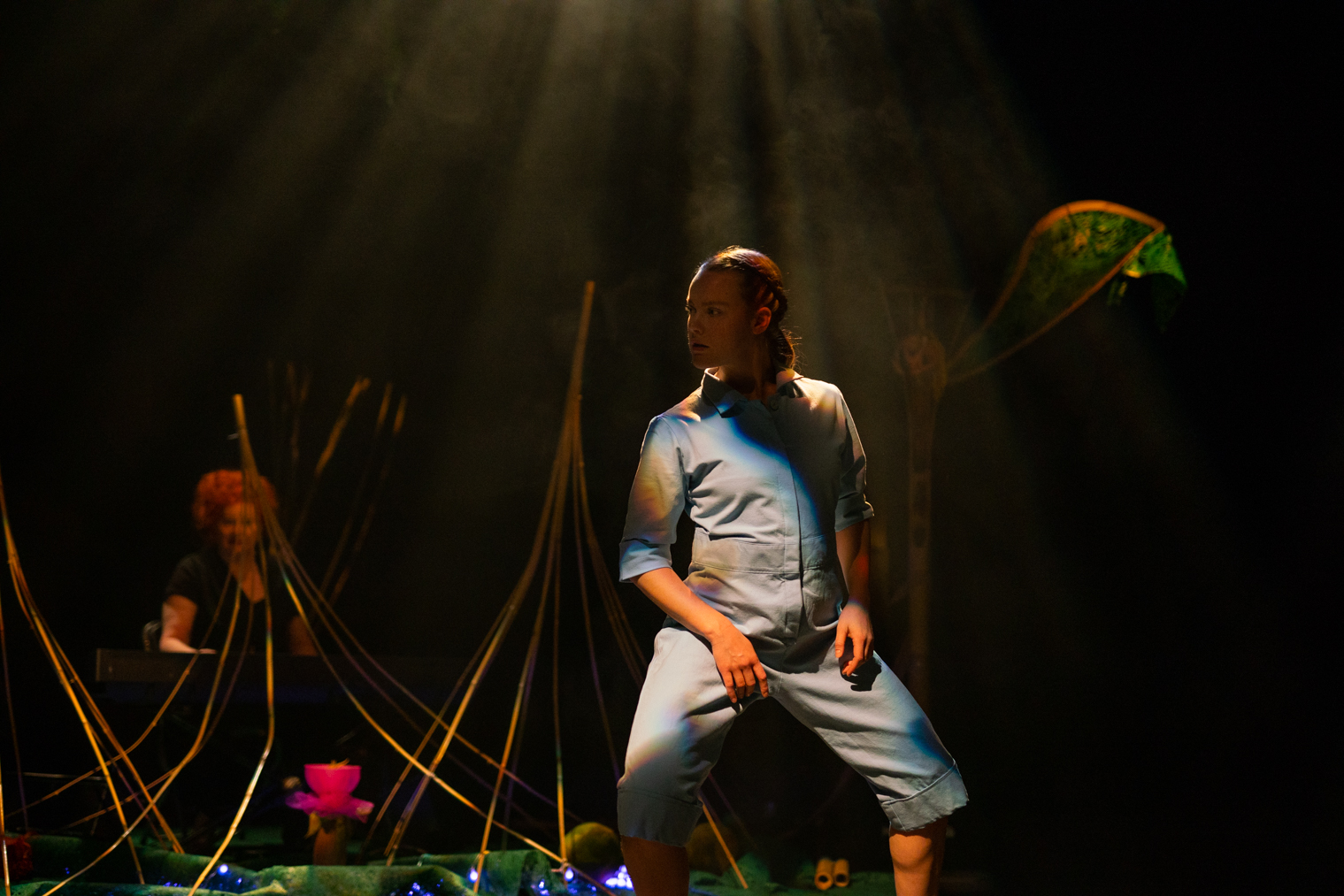 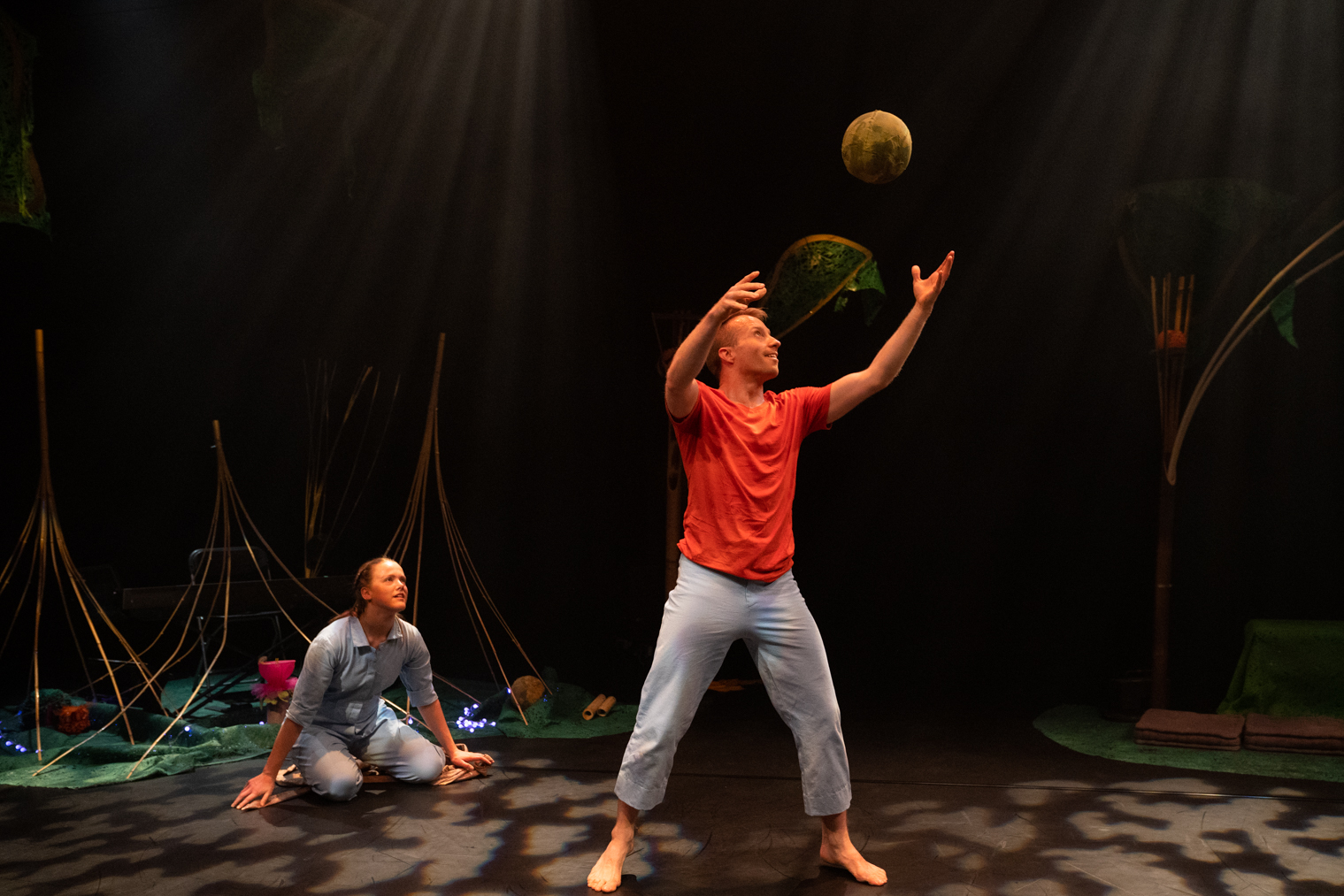 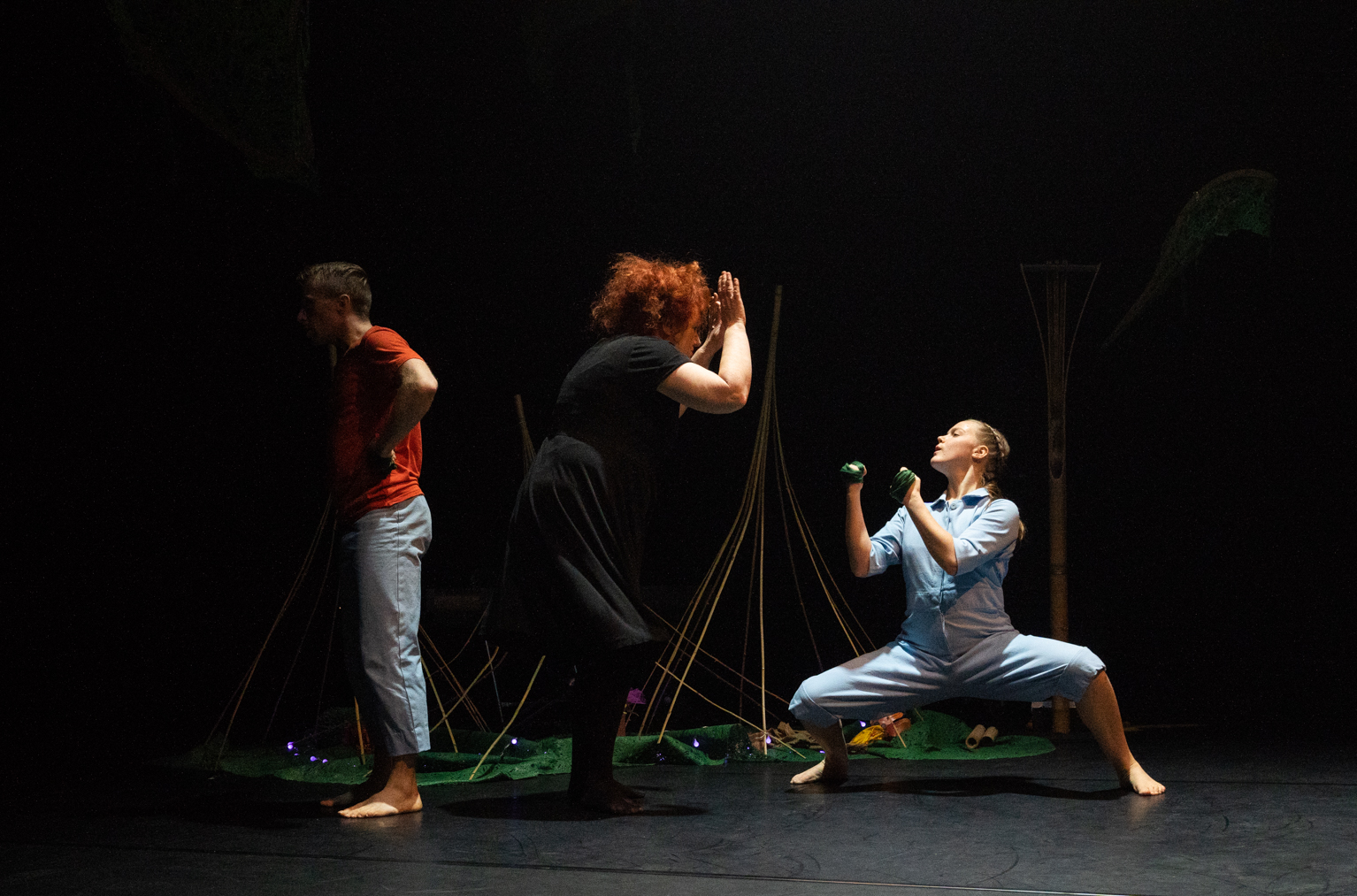 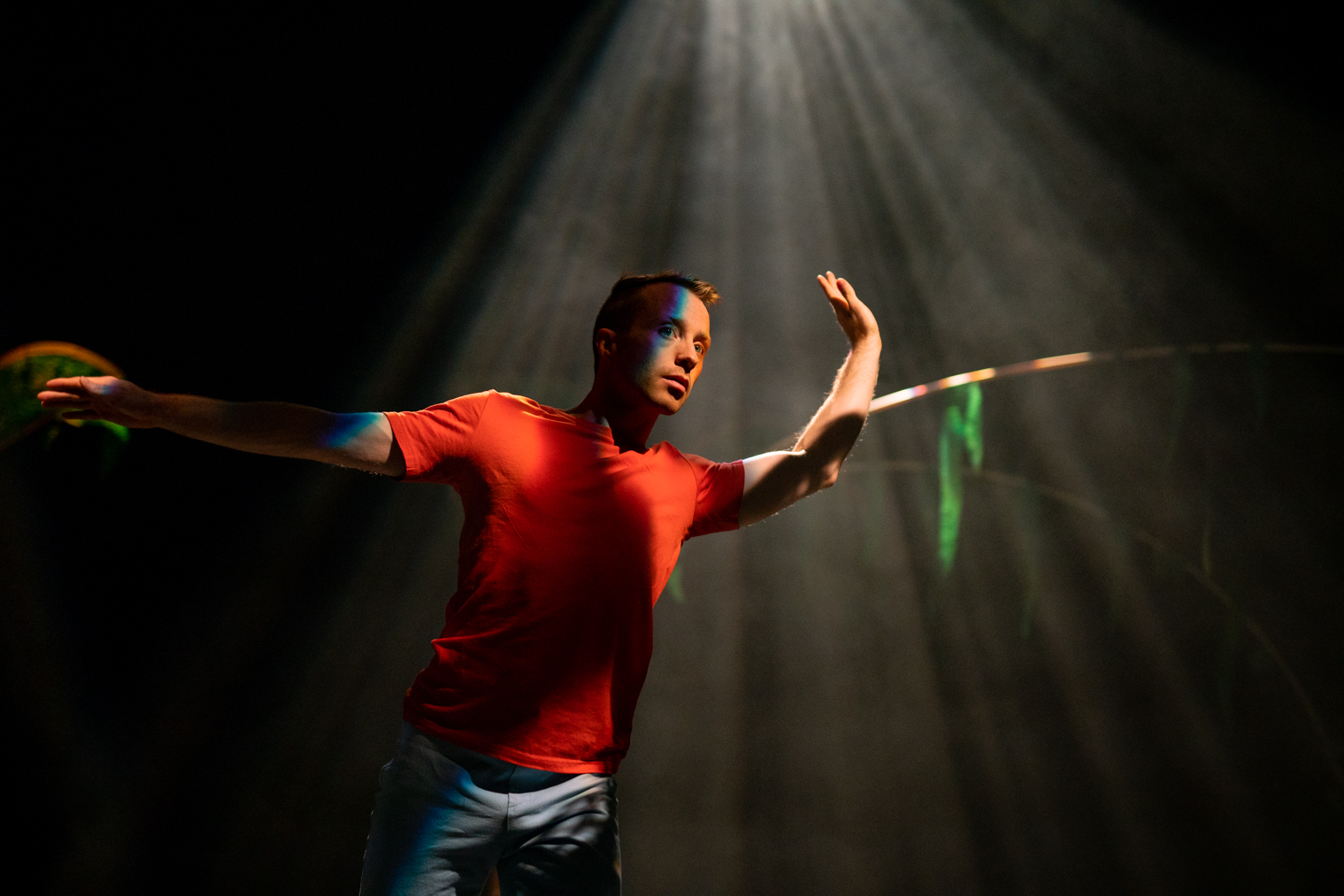 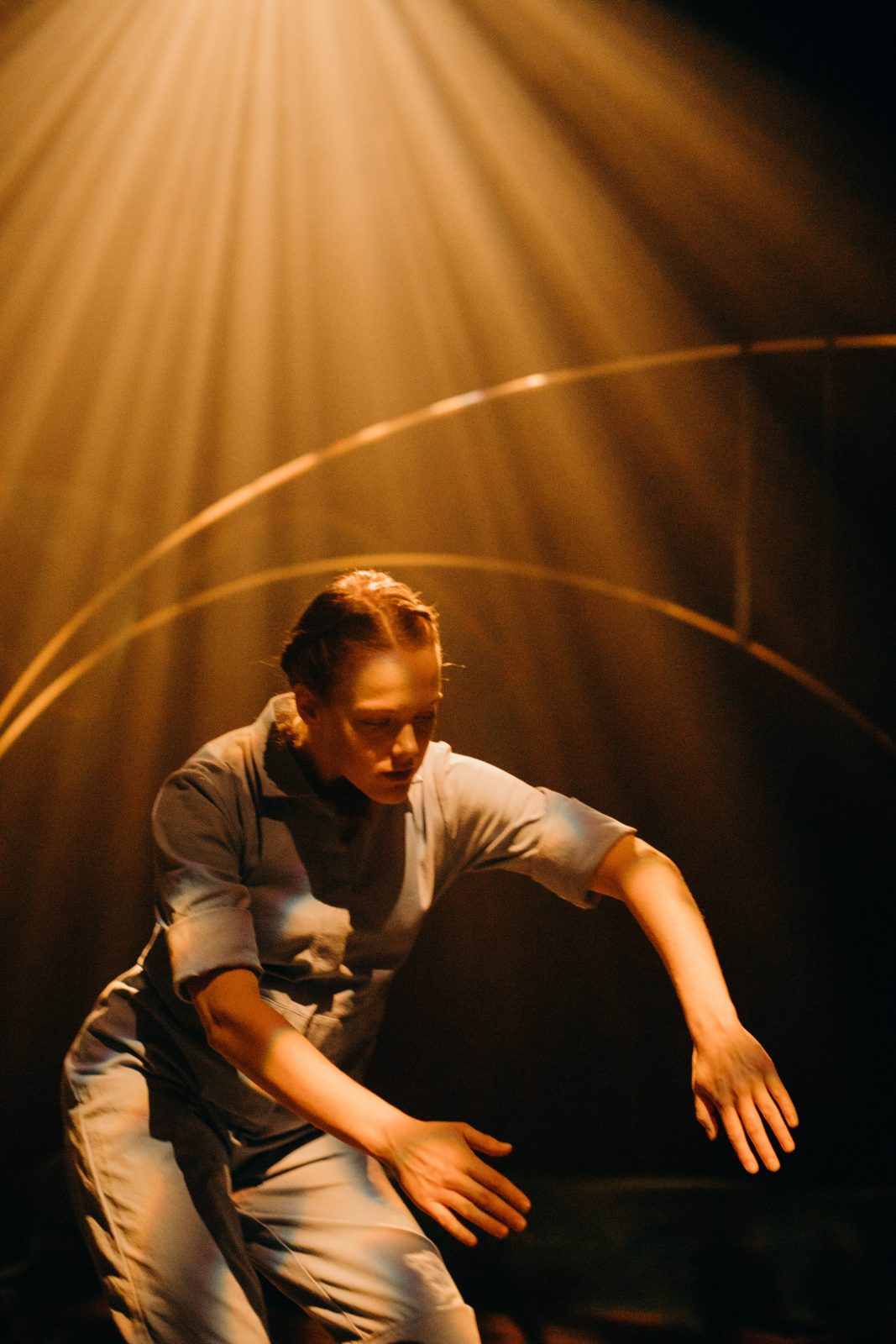 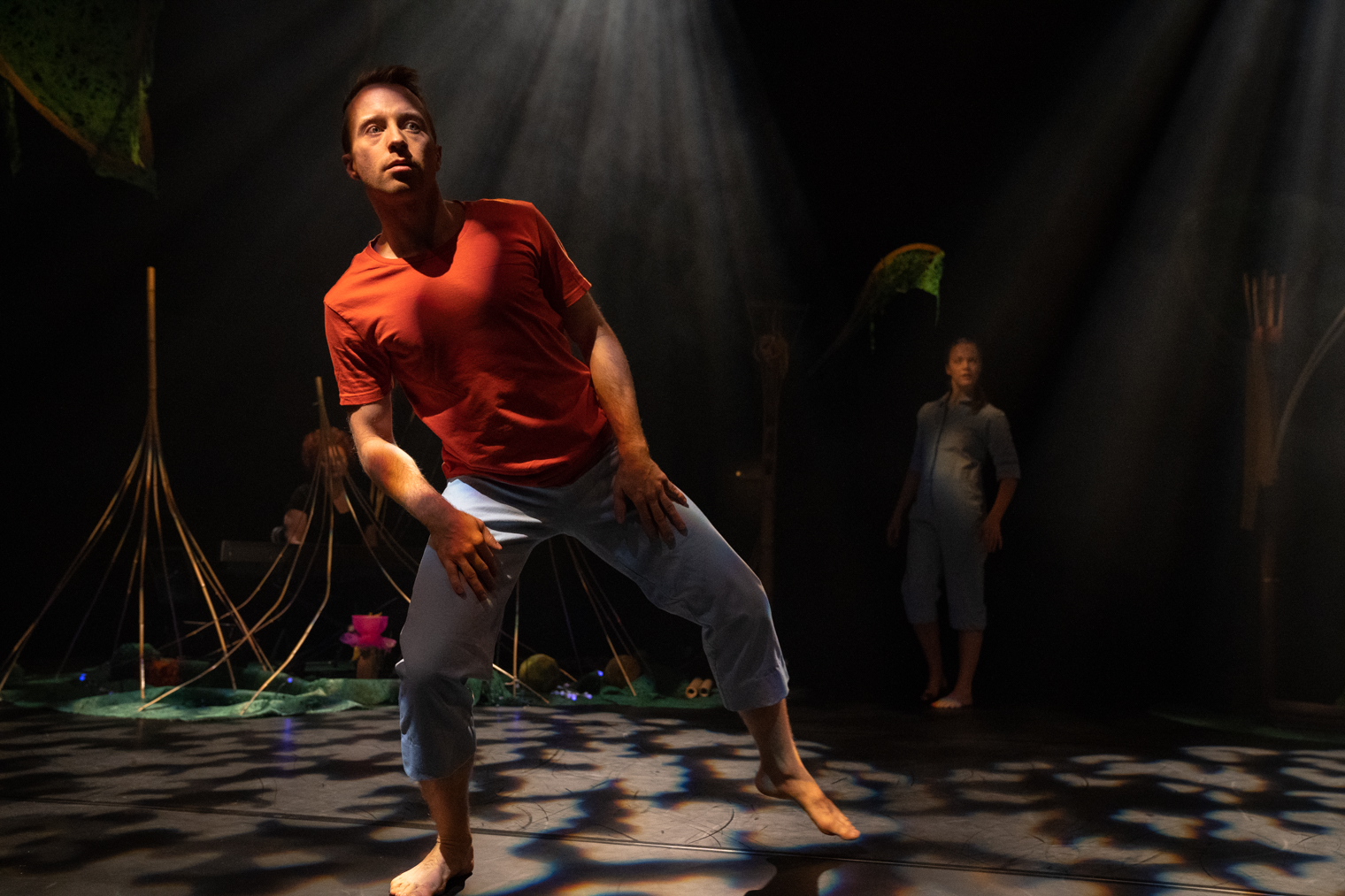 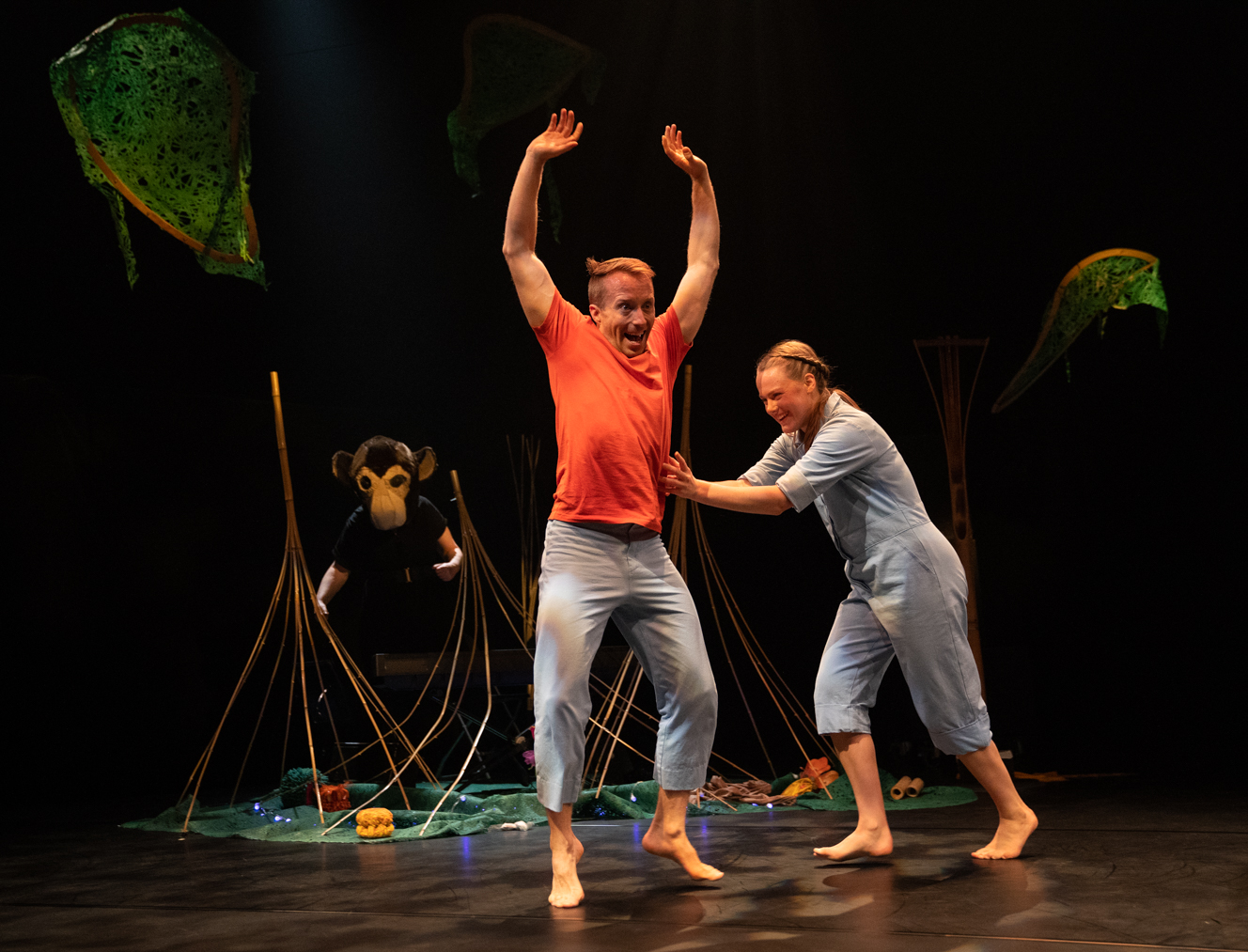 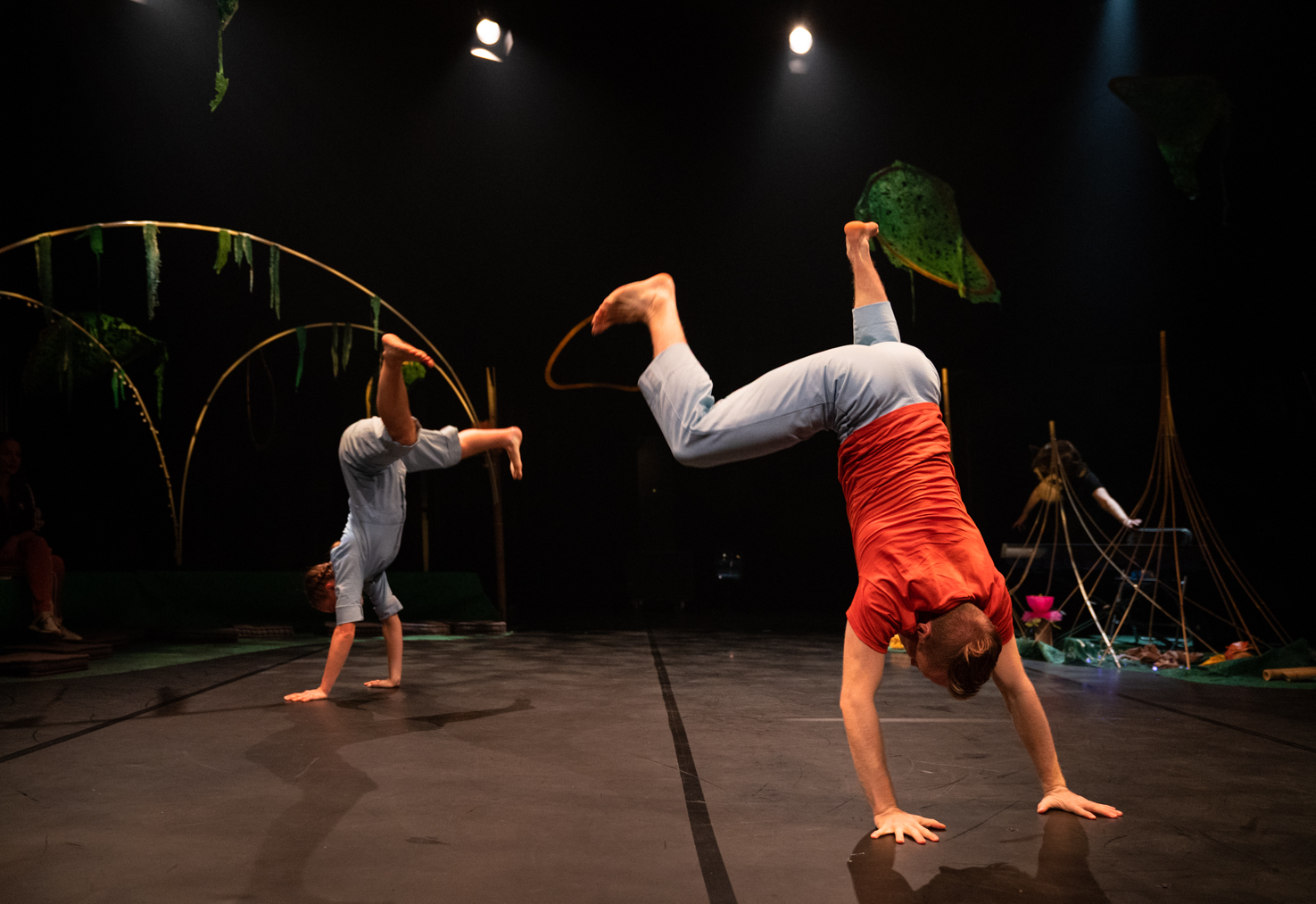 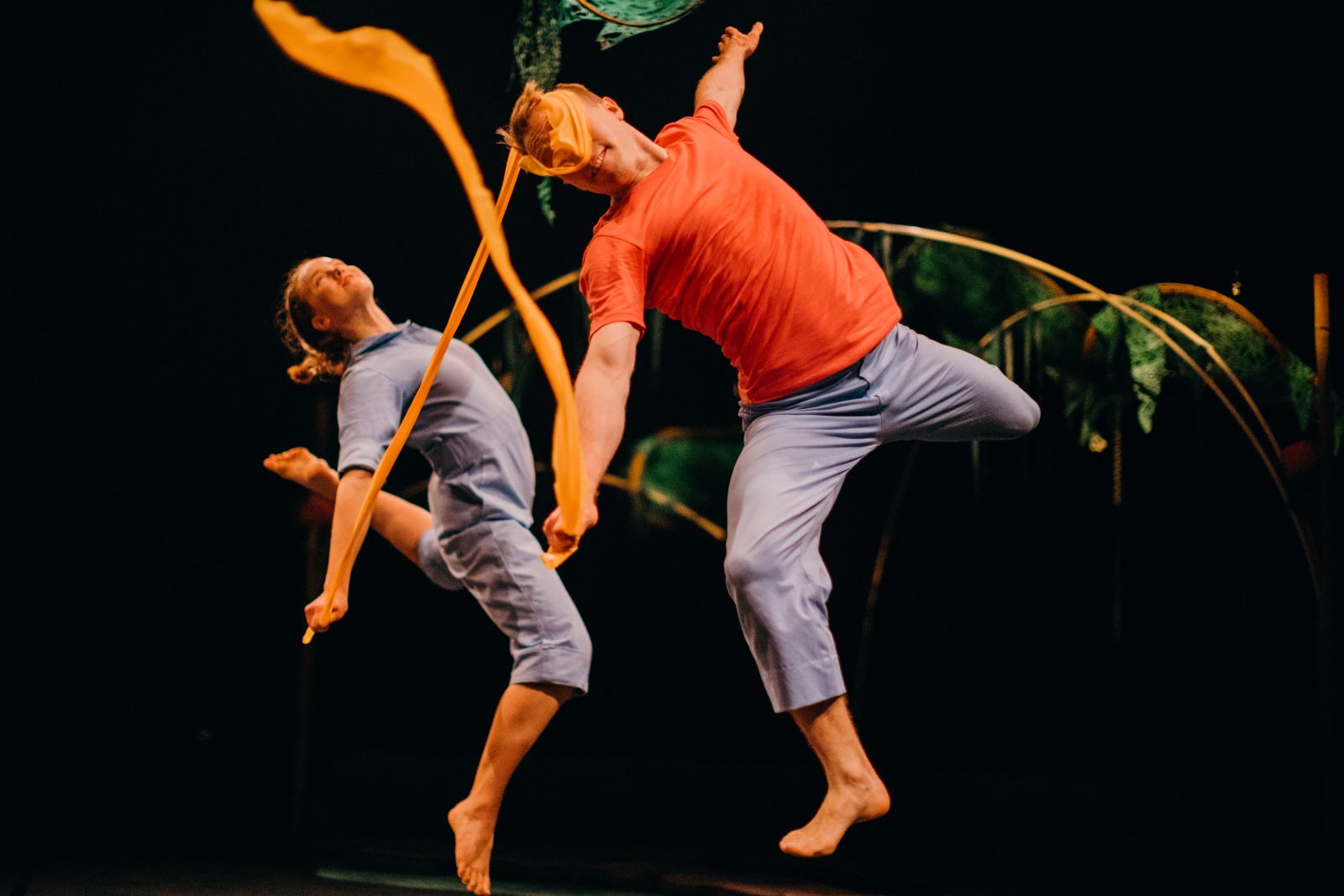