In «Inside My Globe», children and adults are invited to sit in a ring around a globe and take a peek at the two creatures that live inside. The two inhabitants are controlled by cosmic logic; they are spontaneous, impulsive and curious. The stage space consists of blue balls with different qualities and possibilities. An atmospheric soundscape of tones and rhythms accompany the exciting life on the globe.

Music and audio design: «Straaleverket», represented by Øyvind B. Lyse and Nils-Arne Øvergård

Supported by: Arts Council Norway, the Audio and Visual Fund and the Performing Artists Fund.

“A fantastic globe for the little ones … it is wise to take children seriously. Two thumbs up”

“The performance’s focus on the contrast between movement and rest and between quiet wonder and playful exploration, was fascinating.”

”This type of postmodern artistic expression, where the form is the new story, is demanding. Not for the audience when the communication works, but rather for the artists.”

“Such well-executed children’s’ performances are truly good performances, even for adults”
Harstad tidende,2007 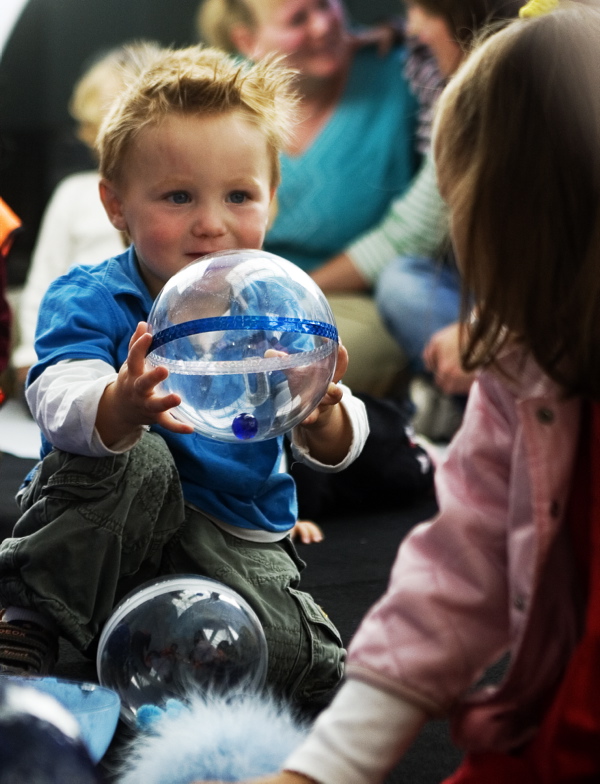 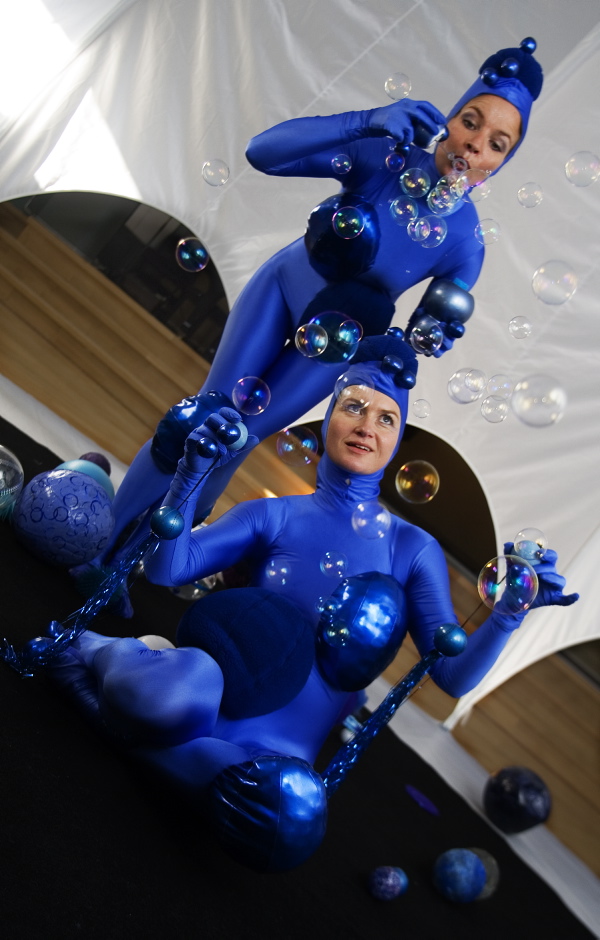